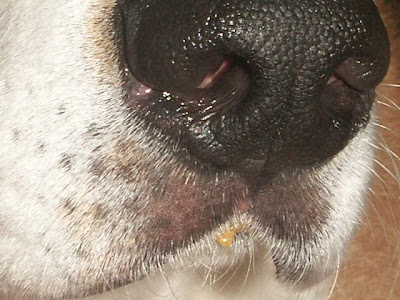 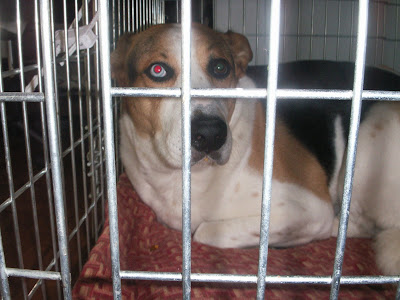 I'd been having a hard time deciding what to write about. Tomorrow marks a year of official waiting for a referral. I decided I would write about that. About how I'm not impatient right now. About how mainly what a feel is excitement to see the next face that I will spend the rest of my life loving. I'm also feeling a deep sadness for what our childs' first family is experiencing right now.

I was going to write about those things. But I'm not going to. I'm going to tell this story instead:
This afternoon, I spent some time organizing Ava's chapter books. The girl likes to read. She likes a good series. So I gathered all the Magic Treehouse books and put them in order, 1-30. Yes. And all the Rainbow Magic books. I did the Flat Stanley's, the Cobble Street Cousins, and The Catwings series. You get the idea. The chick has a lot of books. I did them all.

So while I was making dinner, Ava asks me to play a game she and Eden have made up. I tell her I just need to finish making dinner then I will come play. At first she says the game doesn't have a name, but when she comes back, she tells me the game is called "Take a Book". That's right. But I'm not seeing the big picture. I don't think a thing about it. So, I finish dinner---brown rice with gouda cheese, pumpkin pudding (think pumpkin pie but without crust and good for you, tons of Vitamin A), baby carrots, and oranges---and put it on the table, and go back to Ava's and Eden's room to play a rousing game of "Take a Book". But I don't think to put the DAMN DOG into his crate. That's right. The one who, let's just be honest here, has an eating disorder. But, again, I'm missing the big picture.


When Ava opens the door, I see EVERY SINGLE gallderg chapter book on the floor. They are arranged beautifully with five stacks in the middle and five branches coming off the center to make a sort of large chapter book mandala that takes up the entire room. And I will confess to you now, that I did not express delight in my child's creativity, nor did I even try to hide my dismay. Instead I dragged my hands across my face slowly and said matter-of-factly, "OOOH....I spent a long time earlier today arranging those...But you didn't know. I forgot to tell you. I'm just frustrated...." and I kept talking, more to myself than to Ava, who by this point had begun to weep. So I just reiterated that she didn't know, but I was still kind of a bitch about the whole thing in a quiet, calm, it's-no-big-deal sort of way. Then I said, "Let me go put Miles in his crate before he eats dinner, then I'll be back to play."


When I get to the end of the hall I hear him. He comes bolting out of the dining room because he hears me and I discover he has eaten half of Eden's and Safa's dinners. He has licked the pumpkin pudding from Eden's bowl and spilled it all over the white rug that is under the table. (I'm not responsible for putting a white rug under a dining room table. This was the choice made by the former owners of our house who did not have three young children, nor a dog with an eating disorder.) It spilled in great plops, that even after scrubbing look like someone just held out a diaperless newborn baby and walked around for awhile. If you look closely at the picture above, you will see pumpkin pudding just below his nose. I shamed him by putting him in his crate, then taking his picture a few times. I think it worked.


Here's what struck me most of all: Over the years I've been writing here, I've had some shitty days. Days when I thought if all I did was keep everyone alive until the end of the day, I'd be happy. Days when I thought I wouldn't be able to stop the crying, either my own or someone else's. Days when I felt so sick and tired I didn't see how I would be alive when Erik walked through the door at the end of day. But over time, I've come to recognize all of this as fodder for writing. It softens the blows, that tiny voice that says, "Put it on the blog". Then I grab the camera, or start thinking what a great story it will make tomorrow. It just takes the edge off a little, shifts my thinking, pulls me out of my self-absorption long enough to see it's all fleeting, the anger and sadness. Even the joy. I needn't worry about not having something to write about here. If I wait long enough, life is bound to provide.

Hello - I am sorry you have had to wait an full year for your little ball of ET joy. I know it must be hard some days but it will all be worth.

I truly enjoyed your saga today. I think you did a great job staying sane in the middle of lots of little annoying things. Your poor daughter...how could she have known...but UGH...you spent all that time.

Anyway - thanks for sharing!

Ashley - as a mom and a dogmomma (who finally got the crate thing when I got three dogs. Thank goodness for crates!) I get this on soooooo many levels!!!!

Blogging helps, except when I just start blogging in my head and that just adds to the chatter in my brain : )